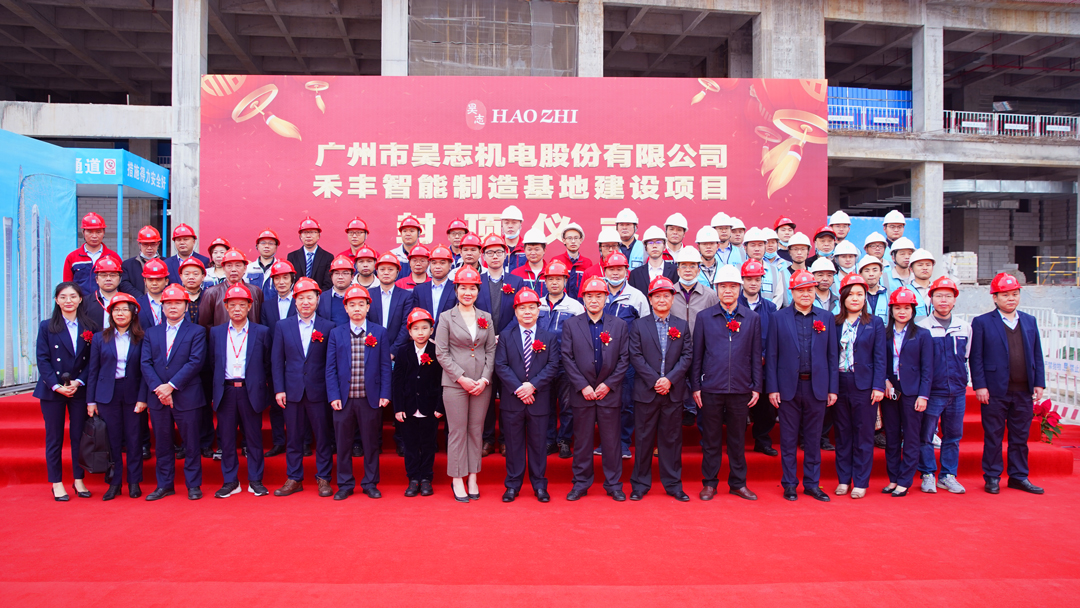 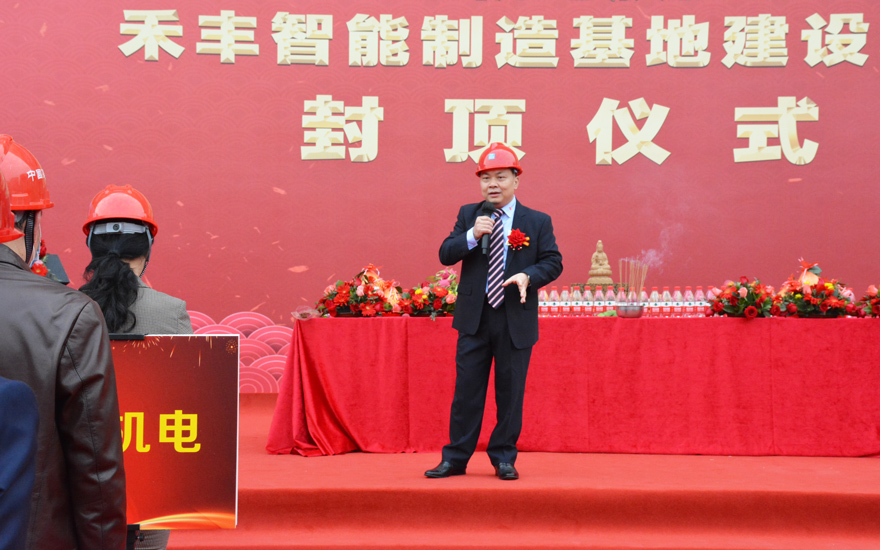 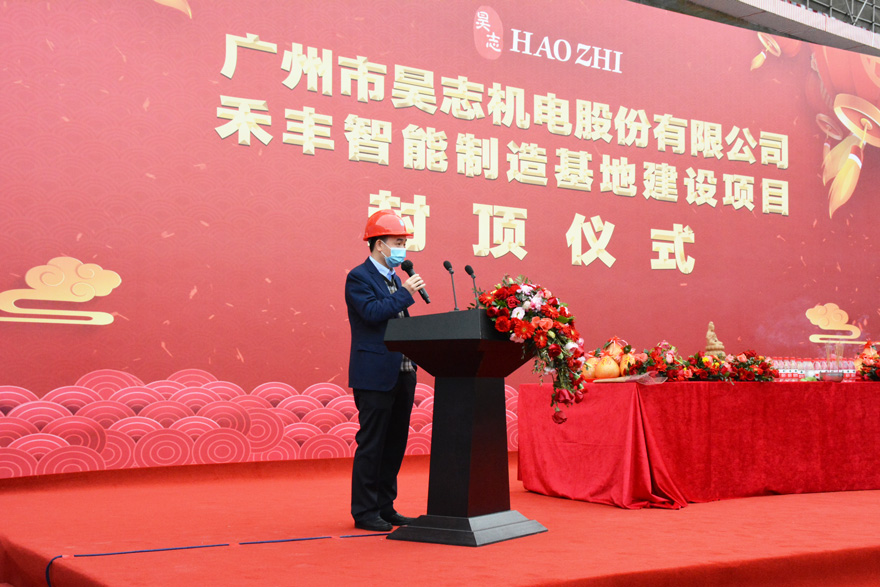 The company's R&D investment in the past three years accounted for more than 10% of its operating income, has a senior R&D team of more than 240 people, and has authorized more than 490 patents. At present, some products have completely replaced imports, solving the situation that the core functional components of the national high-end assembly spindle are restricted by others. The construction of Hefeng Intelligent Manufacturing Base provides more space for technological innovation. The capping of the Hefeng Intelligent Manufacturing Base project building indicates that the company will reach a new milestone. In the future, Haozhi Electromechanical will continue to increase its investment in innovation and improve the core competitiveness of its products. Hope the company will achieve the goal of 10 billion yuan as soon as possible! 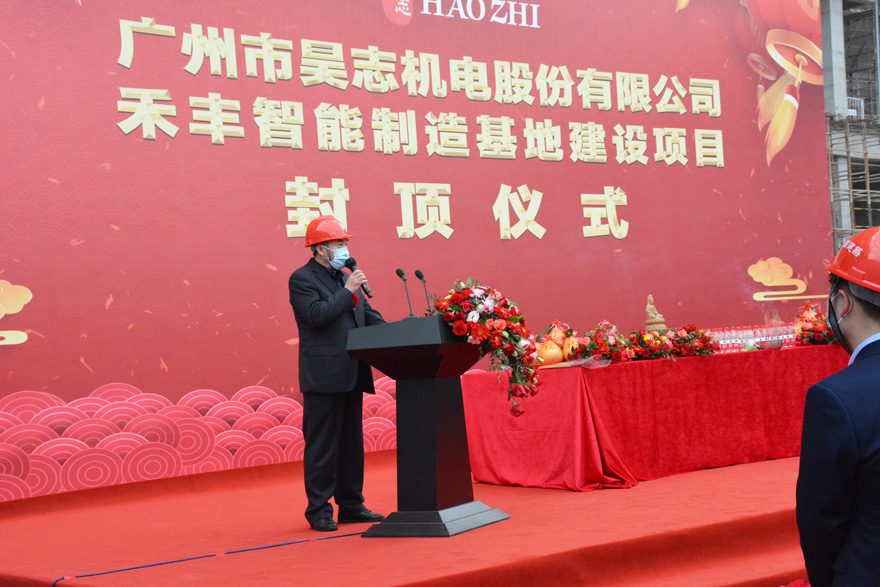 After the leaders delivered their speeches, the roof-sealing ceremony officially began. Leaders went to the tower crane area and jointly completed the roof-sealing of the construction project building of Hefeng Intelligent Manufacturing Base. The whole assembly seethed with firecrackers, applause and cheers. 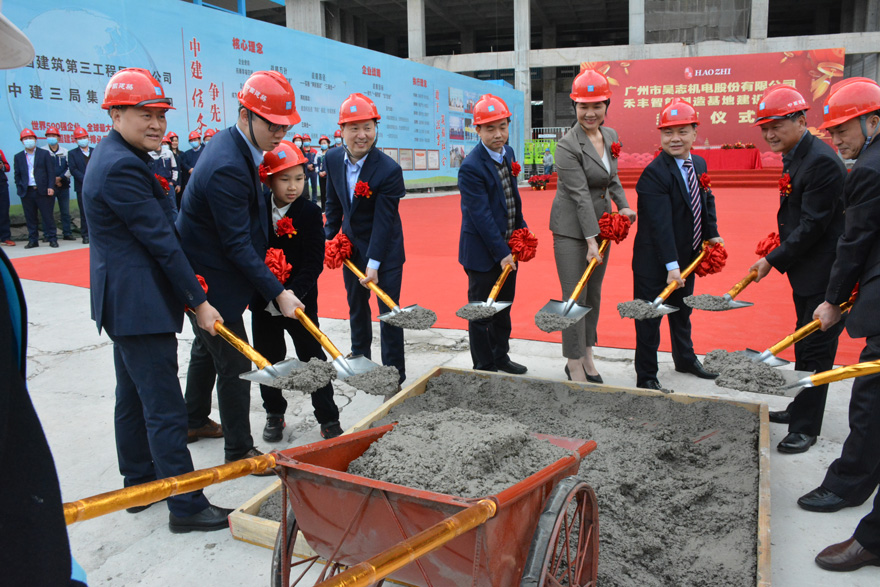 Hefeng Intelligent Manufacturing Base and Hefeng Intelligent Manufacturing Base Construction Project (Phase II) of Haozhi Electromechanical have a total land area of 43,000 square meters and a construction area of 143,000 square meters. After the completion of the project, the product lines of the company will be more diversified, which is conducive to improving the company's ability to quickly and effectively meet market demand, enhancing the company's market competitiveness, and laying a solid foundation for the company's long-term plan and strategy. 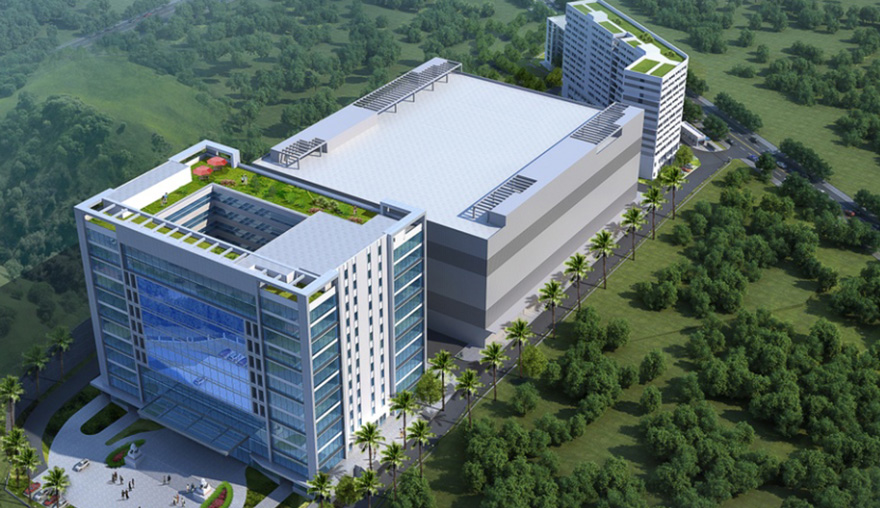 In the future, Haozhi Electromechanical will continue to adhere to the development strategy of "basing itself on independent technological innovation and serving the world's advanced manufacturing", continuously increase investment in research and development innovation, break through the dependence on imports of core functional components of high-end equipment, and become a Haozhi that will thrive for 100 years with a revenue exceeding 10 billion yuan!

Please leave details of your product requirements so that we can reply to you promptly and accurately. 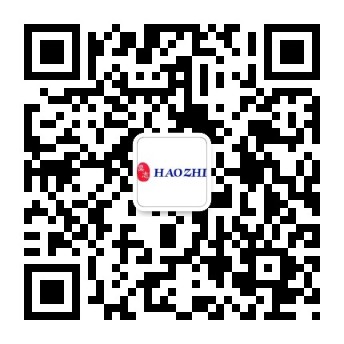 Please leave details of your product requirements so that we can reply to you promptly and accurately.